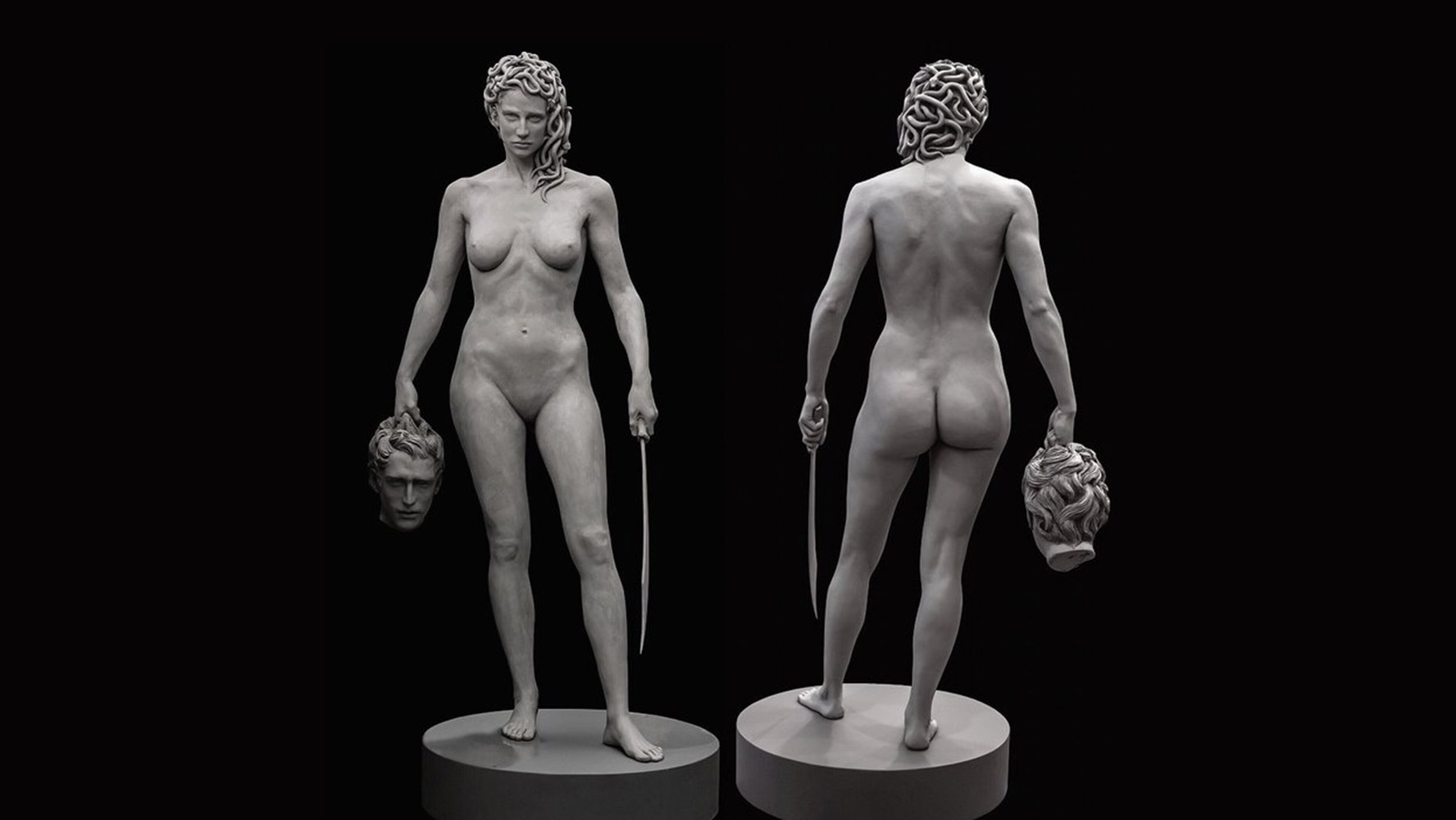 One of our articles was dedicated to the symbolic representations of the video clip “Ateo” starred by Nathy Peluso and C. Tangana. We have talked about Medusa, a mythical woman from the myths of Ancient Greece.

Well, in this article we will talk about the sculpture of Medusa which is located in New York,  in lower Manhattan, across the street from the criminal courthouse on Center Street. It is a sculpture named “Medusa With the Head of Perseus” made by Garbati. It is standing there as a symbol of triumph for victims of sexual assault.

According to the original story, Medusa was one of the most beautiful women on Earth, who dedicated her whole life to protecting the temple of the goddess Athena. But she was raped there by the god of the sea which was considered a tremendous offense by  Athenea. Therefore, even though it’s not just, Medusa was cursed by the goddess, turning her head into a monstrous bouquet of snakes. Her gaze was to be capable of turning anyone who makes eye contact with her, turn into stone. One night, while she was sleeping, she was beheaded by Perseus, who used her head as a trophy.

But in this case, in this sculpture, we see a different representation: Medusa is the one who is holding the beheaded Perseus. Without any doubt, that was a motive for a polemic debate in which people discussed that it looked like violence towards men, not the triumph of women. But, it depends on what perspective we see it. If it’s feminist, without a doubt, we can see a representation of a woman who was heavily mistreated defeating her enemies.

This sculpture is made in honor of the MeToo movement. This viral movement started as a tag and went viral in 2017. It was made by women who were denouncing any kind of sexual abuse they have been through at some point in their lives. It started after a scandalous case that was brought to the public that same year. The sex offender’s name was Harvey Weinstein, a very famous producer. This case, made women go out and report publicly the horrors they have been through for being women. It was especially popular in the cinematographic industry, where many celebrities were abused, especially when they were just starting off, young and inexperienced. Alyssa Milano was the activist who encouraged women to use this hashtag and go out to the streets.

This sculpture is a reminder that we can do it and that justice will prevail.