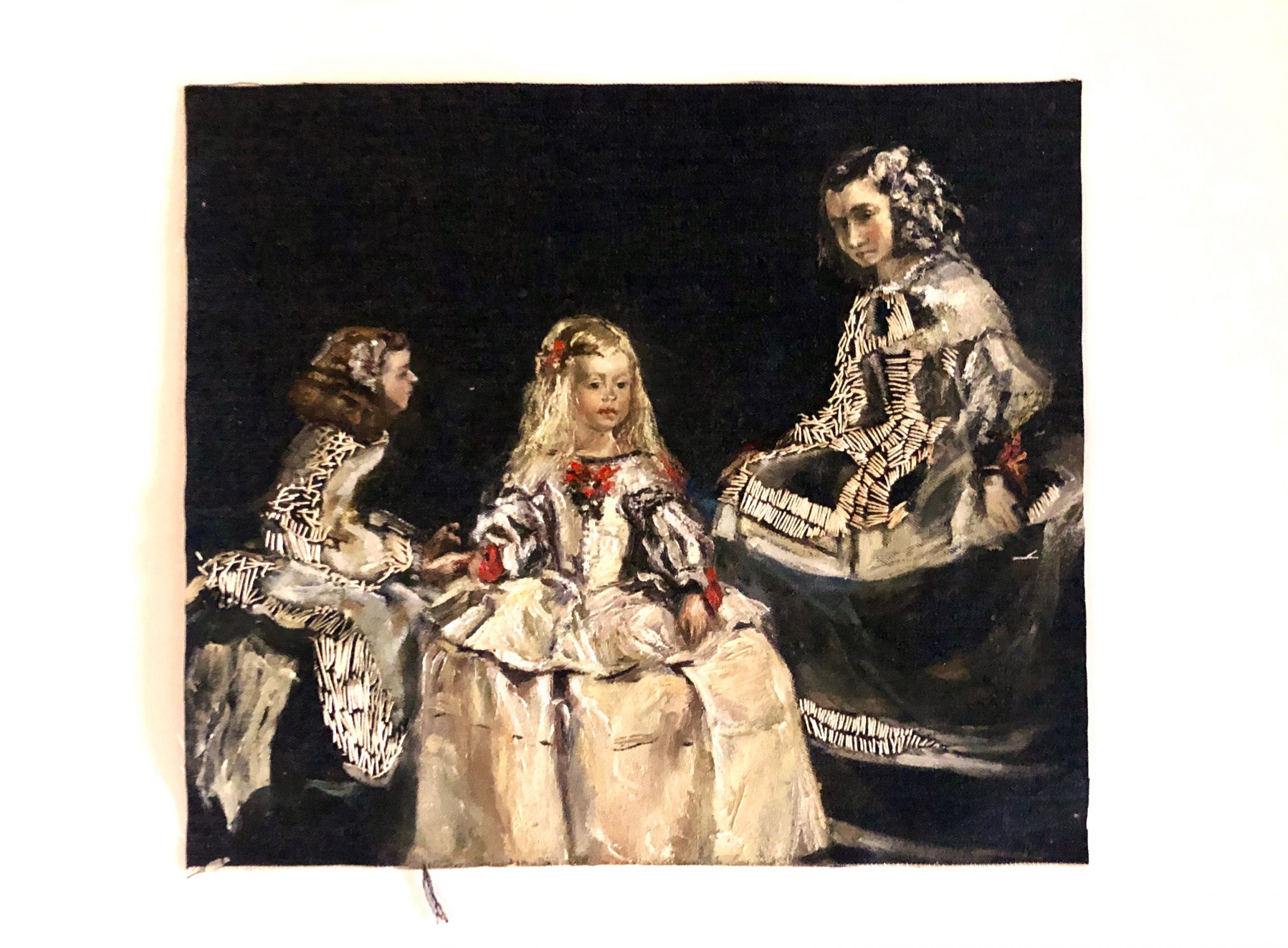 Velazquez’s Meninas and some of its secrets

Home » Velazquez’s Meninas and some of its secrets

The painting “Las Meninas” is an oil on canvas of 3.18 meters high by 2.18 meters wide, painted by the Spanish artist Diego Velázquez in 1656 in the Alcazar of Madrid.

Although it has always been called by this name, in the 1666 register it appears as “Portrait of the lady empress with her ladies, and a dwarf in the inventory of the Alcazar”.

It was commissioned by the Spanish King Philip IV to the famous painter, since during the last years of his career he held the position of court painter. Today it is exhibited in the Museo Nacional del Prado, one of the most recognized works of all time.

But besides this, the painting hides many details and secrets unknown to the vast majority of the public. Therefore, Olga Guarch has decided to write this article for you to learn a little more about one of the most important works of the seventeenth century.

The viewers of the painting observe the Infanta Margarita and the other girls placed in front of the public, as well as Velázquez himself peeking his head out from behind a large canvas. But why this perspective, if in principle he was portraying the Infanta herself and her meninas? Because Margarita, as well as her friends and the painter, have realized that the kings have entered the room.

But where are the kings then, and why is it said that they entered the room? Well, they are next to us, next to the viewer himself. Velázquez takes them out of the painting and only portrays them in the reflection of a small mirror at the back of the room, in order to give them presence in the work, and to show the trust he had with the monarch.

It is not trivial that Diego Velázquez portrayed himself with his best clothes, his sword at his belt, and the key of the king’s aposentador. The painter had a calculated plan; with the production of this painting, he intended to be knighted. He had not been able to do so before, since the gossips claimed that he was descended from Jews on his mother’s side, in addition to being socially disqualified, since he evidently carried out activities with his hands.

However, he did not agree with any of the prohibitions, and constantly vindicated it through his art. With this particular painting, Velázquez intended to rise above prejudice and tradition, thus becoming a gentleman. And so he did.

Thanks to “Las Meninas” the painter was named Knight of the Order of Calatrava, and three years after the completion of his work, he expressed his recognition by placing the knighthood’s red cross on the dark clothes with which he portrayed himself.