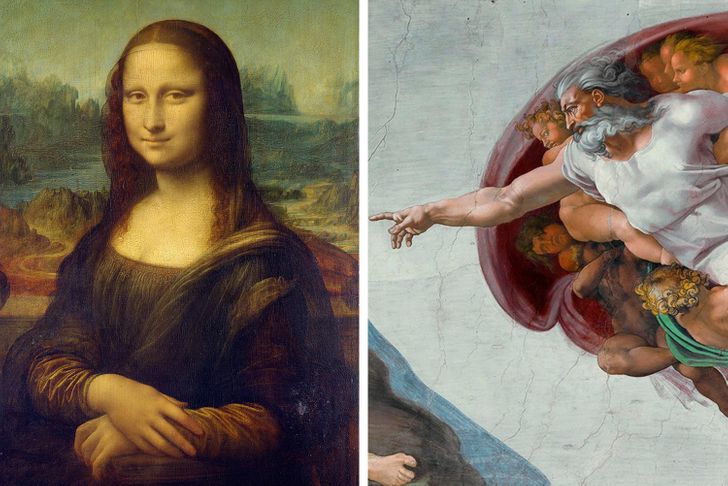 Four of the most famous rivalries between artists

Home » Four of the most famous rivalries between artists

To succeed in the art world, having an astronomical ego seems to be a requirement. That is why disputes and rivalries are, by no means, exceptional in this field.

So much so, that throughout history, certain feuds between important figures such as Da Vinci, Van Gogh, or Picasso, among others, have remained in the collective memory.

Read on and find out!

Both are two of the most famous artists of all time, and although they knew each other, they were not what you could call “friends”.

Theirs was a duel of artistic conceptions; Da Vinci believed that beauty derived from science, and Michelangelo, from God.

Da Vinci considered Michelangelo to be careless, and Michelangelo considered Da Vinci to be arrogant. Even with a simple meet on the streets, they would criticize each other’s art without any qualms.

Few things can’t infuriate an artist more than accusing him of plagiarism; exactly what Caravaggio did with Giovanni Baglione, claiming that his painting “Amor Vincit Omnia” was a copied work. Baglione reacted to the accusation by versioning the same painting, with Caravaggio‘s face in the figure of the devil.

Caravaggio, then, wrote several poems mocking Giovanni Baglione, and even said that his paintings were so bad that it was better to use them as toilet paper.

But the most extreme aspect of this rivalry was that, according to Baglione himself, Caravaggio sent hired killers to look for him. The latter denounced him for defamation, but Baglione won the trial and Caravaggio had to spend a few days in jail.

These artists went from friendship, to bladed weapons.

In 1888, Vincent van Gogh invited his best friend Paul Gauguin to move in with him in Arles, in the south of France. After 63 days of living together, the arguments they used to have came to a head when van Gogh sliced off Gauguin‘s ear. This caused him to be committed to a psychiatric institution, where, by the way, he painted the Starry Night.

Despite their mutual respect and admiration, Picasso and Matisse did not get along too well. At the time they met, Picasso‘s success was just beginning to dawn, while Matisse‘s was beginning to see the sunset.

Matisse was an eloquent man, who was good at oratory when it came to explaining the aesthetics of his works. Picasso, on the other hand, was reticent and uncooperative in front of the press, presumably because his French was still rudimentary at that time.

What do you think about these rivalries? Interesting, isn’t it?

Do not miss our next week’s post, where We’ll tell you about some artists that don’t produce the pieces that they sign.